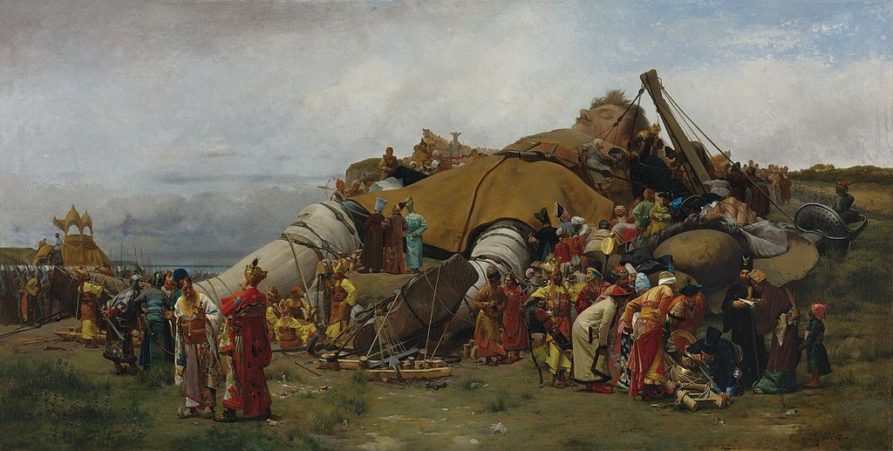 Pornography is a giant in our land. How do we bring it down?

Remember the story and movie, Gulliver’s Travels? The traveller Gulliver confronts tiny people called the Lilliputians who eventually gain victory over him by tying him down with many small ropes. As a participant in the anti-pornography movement, Defend Dignity and our partners use this metaphor as we strategize ways to tie down the giant of pornography. For us, a Gulliver strategy means we must use multiple and creative tactics to bring down this monster that has become so prolific in our culture.

Defend Dignity and many of our allies believe that one of the best ways to tie down pornography is to treat it as a public health crisis. What if the government provided a public health response to this very harmful social issue, an issue that can no longer be corrected simply by an individual’s attempts to protect themselves and their family?

The Christian Reformed Centre for Public Dialogue is encouraging people to contact their Members of Parliament (MPs) in response to the recommendations of the Standing Committee on Health from the study on Motion M47. This study examined the harmful effects of sexually violent online images, particularly their effects on children. The final recommendations of the committee did not include a robust public health response. Defend Dignity strongly encourages Canadians to speak with their MPs before the government responds to the committee’s report. MPs must understand the full scope of a public health response.

An excellent example of a public health response is the Canadian government’s response to the tobacco crisis. One of the responses was to promote strong public education about the harms of tobacco. Pornography is also severely harmful and addictive, changing neural pathways in users’ brains and is therefore especially harmful to young, developing brains. There must be education on the harms of pornography. That can be done by schools, public health units, doctors; all need to learn about its harms first in order to educate others, watch for its effects among those in their care, and be able to treat it. As with tobacco products, government needs to put clear warning labels on all print and internet pornography. An age verification system for accessing porn must be in place just as there is with purchasing tobacco or alcohol. The United Kingdom is implementing such an action soon.

Public pressure on companies whose practises allow for the ease of access to pornography is another rope in the Gulliver strategy through the Choose Change Canada campaign.

The goal of Choose Change is to affect positive change among companies and public organizations in Canada that allow for access to pornography. You can help hold them responsible by sending them a pre-written email through the Choose Change website.

Can this approach make a difference? We celebrate the news that a company that was on our original list of five companies, The Keg restaurant chain, informed us on September 20, 2017 that they will be installing filters on their public WiFi in all their corporate restaurants. (You can read about it here.) Public pressure works!

In his book Half the Sky, Nicholas Kristof says, “When our values are at stake, leadership must come from ordinary citizens like you.” Will you do your part in the Gulliver strategy to tie down the giant of pornography? Each of these ropes together will make a difference.

This was originally published as part of the Do Justice series on October 6, 2017