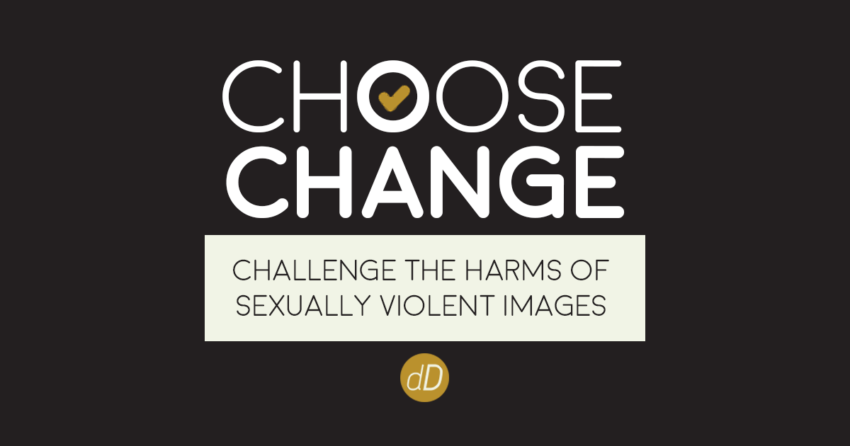 The goal of the Choose Change campaign is to reduce the ease of access to violent, sexually explicit images – pornography – which is accessible and available everywhere.

We will identify five (5) Canadian organizations who through their practices and policies are facilitating sexual exploitation.

We invite the public to join us in “Challenging the harms of sexually violent images,” by contacting the identified companies through our website to encourage them to change harmful practices and to embrace practices that will promote the overall health of Canadians.

The Choose Change campaign will be celebrating organizations that have pro-actively changed practices and policies to reduce the ease of access to violent, sexually explicit images through the Change Maker List.